(May 31, 2018) On October 31, 1910—seven years after the Wright Brother’s first airplane flight of less than a minute—seventy-five thousand spectators gathered at Belmont Park to watch a day of competition among pioneering aviators. Events culminated with a thirty-six mile round trip race between Belmont Park to the Statue of Liberty. Only three aviators attempted the trip, which had about one million spectators as they crossed the densely populated borough of Brooklyn. One competitor was British, a second was French and the third was a wealthy American dilettante and adventurer, John Moisant. The three were to take-off in a British-French-American sequence. The winner would be the pilot with the swiftest time, not the first across the finish line.

[Learn more about the Civil War & Reconstruction at My Amazon Author Page.]

The British and French planes were in the sky shortly after three o’clock in the afternoon. Despite his best efforts, however, Moisant could not get his engine started. As a result, his brother bought another plane on the spot for $10,000. It had been used by a contestant in earlier events. As Moisant was continuing his pre-flight preparations his two competitors returned.

The Englishman recorded the better time of thirty-five minutes and twenty-one seconds (sixty mph). When he landed a band struck up “God Save the Queen” as a welcoming crowd applauded and waved handkerchiefs. Five minutes later the Frenchman was less enthusiastically greeted, but nonetheless honored as the band played “La Marseillaise.” Moisant did not get airborne until shortly after four o’clock. 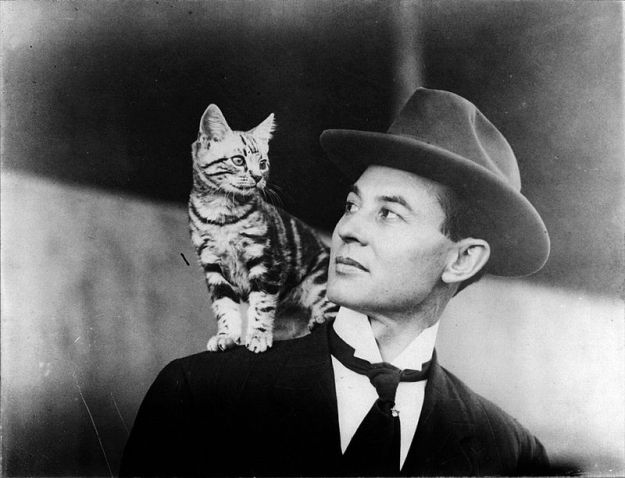 Author Lawrence Goldstone narrates his flight: “He eschewed all caution and headed directly for [Liberty Island], barely clearing treetops and buildings in the most populated section of the route. As he approached the statue, he ascended to almost three-thousand feet, made his turn for home, and then combined a downward glide, a light tailwind, and the same direct route back to the finish.” He beat the Englishman’s time by forty-two seconds.

An eyewitness newspaper reporter wrote, “The band struck into ‘The Star Spangled Banner’ and the crowd cheered. It switched to ‘Yankee Doodle’ and yells greeted it. Then it swung into ‘Dixie” and its reception was hysterical. There were tears in the cheers and there were sobs in the shouts of every man, woman and child who had seen Moisant’s return. . .” Even though he did not have an airplane in the race Ohioan Wilbur Wright got caught-up in the sentiment. He tore off his hat and “gave a yell like a Comanche Indian,” announcing to nearby reporters “That’s my opinion boys.”

(May 29, 2018) Shane Anderson recently FaceBook-posted the quote below by Milan Kundera. The post is a warning about the implications of Confederate statue removals and the censorship of Southern interpretations regarding the Civil War and Reconstruction. Kundera is presently a French novelist born in Brno when the city was part of Czechoslovakia. He lived through both Nazi and Communist totalitarianism before fleeing to France in 1975. His books were banned in his native land until 1989. He maintains contact with Czech and Slovak friends, but rarely returns and only as incognito.

Until recently, I’ve assumed that modern America was immune to cultural genocide as Kundera experienced it in his homeland. But the increasingly hostile attitude toward Southern viewpoints among most Civil War historians combined with their intolerant attempts—evident at college campuses, academic conventions, national battlefield parks, most museums, mainstream media sources, or online discussion forums—to censor contrary interpretations suggest that it’s really happening, here and now.  The removal of Confederate monuments, vandalism against those remaining, smearing of Confederate memory, and the hecklers veto of contrary opinions are unmistakable signs of an emerging totalitarianism increasingly supported by politicians. More often than not, the foes of Confederate memory are the perpetrators of hate speech and violence despite their false, sanctimonious presumption of moral superiority.

Those seeking more objective information and sources about the Civil War and Reconstruction may find books at My Amazon Author Page to be helpful. Southern Reconstruction, for example, in part explains how Southerners have already paid reparations, if not for slavery, then for losing the Civil War. The Confederacy at Flood Tide partly investigates whether the Emancipation Proclamation was an attempt to end the war by deliberately instigating a slave rebellion in the South. Trading With the Enemy explains how mercantilist Yankees traded weapons, gold, paper money and commodities for cotton even as their soldiers fought their supposed enemy. Since all my books are footnoted, they provide readers with many sources from which they can learn facts not commonly covered by most historians over the past thirty or forty years.

(May 26, 2018) The YouTube below is a panel discussion about Confederate Monuments from the Sacramento convention of the Organization of American Historians earlier this month. Ed Ayers of the University of Richmond moderates three panel members: John Kuo Wei Then, Turkiya Lowe and Christy Coleman. Ayers is Chairman Emeritus of Richmond University, Wei Then is with New York University, Lowe is the chief historian for the National Park Service, and Coleman is CEO of the American Civil War museum, which is the successor to the Museum of the Confederacy.

[Learn more about Civil War and Reconstruction at My Amazon Author Page.]

First, none of the participants were sympathetic to Confederate symbols. It was an almost entirely one-sided presentation. The Southern viewpoint was ignored on the dais except when Coleman revealed three reasons that Southern proponents had shared with her to explain why they felt the monuments should remain.

Second, all participants generally wanted the statues either removed, or left in place accompanied by new, explanatory stone-and-bronze markers or some other form of “interpretation.” Naturally, panel members seemed to expect that they, and others who think like them, will provide the interpretations.

Third, all explanations for removing the monuments boiled-down to race. Coleman did add, however, that the statues should also be removed because they celebrate “traitors.” But even in that case her argument devolved to race when she opined that Southerners were exercising white privilege when they initially erected their monuments.

Fourth, Lowe and Coleman are young and likely to hold their offices for decades to come. Notwithstanding that Coleman runs a private museum, they are typical of Deep State agenda-driven government employees who expect to control matters pertinent to their domains even as different Presidents come and go. Consider, for example, that despite the opinions of the panel members, a recent survey of readers of the Civil War Trust’s Hallowed Ground magazine strongly favored keeping Confederate monuments in place.

In addition to the above, Ayers and Coleman made erroneous or egregiously misleading statements.

The second falsehood was Coleman’s claim that Southerners have been increasingly using  public lands to hoist giant Confederate flags along the heavily travelled portions of Interstate-95 Highway in the South. In truth, most of the flags are located on private property.

(May 24, 2018) A post three days ago disclosed that the subscribers to Civil War Trust’s Hallowed Ground magazine overwhelmingly felt that Confederate monuments should remain in place. Even though Hallowed Ground readers learned of the results months ago, I only recently found out because I am not a subscriber and CWT had no press release.

[Learn about Civil War and Reconstruction at My Amazon Author Page] 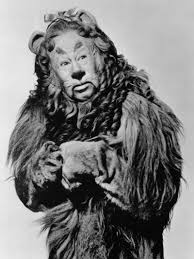 My post did, however, explain two reasons why I’m suspicious that CWT is hostile to Southern viewpoints. One is the anti-Southern bias in a number of the articles and interviews at the website. The second is CWT’s apparent refusal to consider submissions providing a countervailing Southern perspective to such commentaries. The recent failure to provide a press release showing vast reader support for Confederate monuments amplified my suspicions. It suggests that the CWT may have wanted to minimize the awareness of the pro-Confederate results.

Today I received the edited email below from Dennis Buttacavoli who is a member of several Civil War study and preservation groups in the Northeast and also a subscriber to Hallowed Ground. His experience adds to doubts about the CWT’s motives.

We have been a member and steady contributor to CW Trust since its inception.

When the fury over destroying statues began, I repeatedly contacted them to urge that they help protect the statues. I spoke with many staff members but they were non-committal. I added that the 2016 Presidential election suggested that they could successfully stand firm against political correctness run amok. But sadly, they were uninterested. They said that their mission was to preserve land, not monuments.

I replied that if they failed to help deter those attacking Confederate monuments, the depraved zealots might escalate their mission to include memorials to other historical figures whom they regarded as “on the wrong side of history.” [That happened earlier this month in New Orleans when a memorial to black Buffalo Soldiers was defaced by vandals resentful of the Buffalo Soldiers’ role in Native-American genocide.]

Eventually I averred that CWT was failing in its duty to protect history but they just repeated that they only wanted to preserve battlefield lands.

The present wave of Confederate statue removal, and its implied hostility toward Southern heritage, is a hasty witch-hunt that is every bit as evil as the McCarthy purge of the 1950s.

Update: A just received another email from a Hallowed Ground subscriber who says that he repeatedly tried to urge the CWT to defend Confederate statues in messages on the CWT FaceBook page. They were repeatedly erased and he was eventually banned from the group. Another 15-year donor to CWT emailed to say he dropped his membership earlier this year.

Mark Terry comments on FaceBook, “Here’s something else. CWT recently changed the name to American Battlefield Trust. They say this is because of their expanded mission to also preserve Revolutionary War sites. However, it’s quite a coincidence that this allows them to remove the Confederate Battle Flag from their logo. Convenient!”

(May 23, 2018) Four days ago the New York Times headlined a story about Stacy Abrams’s run for the Georgia Governor’s office: “Black, Female and Running For Governor: Can She Win in the South?”

The better question is whether the headline reveals an implicit presumption by the Times that the South is the only region where racism might prevent such a victory. Never mind that no black female has ever been elected a state governor in any region of the country. Never mind that a black female has never won the gubernatorial nomination of a major party in any state. Never mind that only two states ever elected a black male governor, and one of them was Virginia. Instead of focusing on the likelihood that Ms. Abrams would win the 2018 Georgia Democratic primary, the headline instead concentrated on portraying the South as a racist region.

Yesterday, Ms Abrams won the Democratic primary. Yet the Times commentary in this morning’s newspaper continues in the same vein: “The general election is sure to draw intense national attention as Georgia voters determine whether a black woman can win in the Deep South. . .”