(March 1, 2018) Since the 1960s civil rights era historians have increasingly descended toward a Pious Cause Mythology interpretation of the Civil War and Reconstruction. The myth portrays the North as the “good” twin and the South as the “evil” twin.

As one legacy, the South is held responsible for lingering postbellum racism and the country’s slow adoption of progressive ideals. Historian Eric Foner, for example, falsely accuses Southern congressmen as being responsible for the failure of Social Security to initially include household servants because they were mostly African Americans. The true reason for the exclusion was an IRS warning that it would be difficult to enforce compliance in the sector since most employers were housewives who paid their servants with cash.

Lest Pious Cause Mythologists become too enamored with the evil twin narrative, however, they should consider that the metaphor does not always apply as they expect. One example is John Steinbeck’s version of the tale in East of Eden. 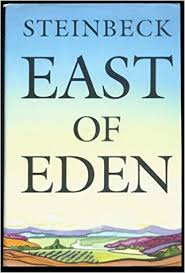 The twins are teenagers Aron and Cal Trask who live with their presumably widowed dad, Adam. Aron is the “good” and self-righteous twin. He is like the college student who has been brainwashed with Pious Cause Mythology, while Adam corresponds to the sanctimonious anti-Southern history professor. Aron can only imagine the family’s history as noble and is incapable of investigating the truth for himself. He can only survive in a delusion. Fortunately for Aron, Adam censors the truth from both boys. Thus, Aron is like a snowflake college student who will not permit anyone to speak a contrary opinion even to the point of denying others the right to free speech.

Cal is the “evil” twin because he is skeptical of Adam’s sanitized version of the family history. He suspects it is mostly a self-serving interpretation that hides the truth, which he resolves to learn. When he discovers that his mother is still living but a murderer and an otherwise monstrous person, he can acquiesce to the reality. But when he discloses the facts to Aron, the “good” twin is shattered. His life descends into chaos and irresponsibility. He abandons his family and fiancé. Consequently, Adam physically collapses and Cal emerges as the new family leader. In Steinbeck’s version, the “evil” twin is revealed to be the morally stronger one and the “good” twin is disclosed to be a stuffed shirt, lacking the courage to face the truth. Despite his noble reputation, Adam is disclosed as a well-spring of dishonesty.

Readers may support this blog by buying books at: My Amazon Author Page

6 thoughts on “The South as Evil Twin”