(May 10, 2019) Today’s article is obtained from a blog post by C. W. Roden who is a South Carolina member of the Sons of Confederate Veterans. His analysis of Black Confederates is the most objective and authoritative discussion I have yet seen. While he estimates that the number who actually fought probably did not exceed five thousand he provides convincing evidence that a great many more served willingly as non-combatants. Most importantly, he cogently demonstrates that the white Confederate veterans themselves honored the black participants after the war.

One example involves the Southern Cross of Honor medal created by the United Daughters of the Confederacy (UDC) in 1899. The medal was a high honor that could only be bestowed by the UDC to Confederate veterans. Even today a Virginia statute makes it a crime for anyone to wear one who has not earned the privilege. As documented by the photo of Caleb Glover below and other evidence, Roden’s research proves that the UDC awarded some of the medals to blacks. 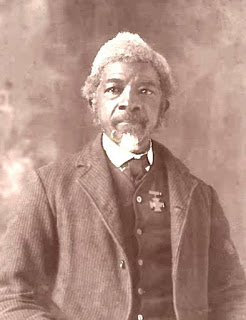 Since it seems reasonable to suppose that several hundred thousand aging Confederate veterans were still living when the UDC created the Southern Cross of Honor, it follows that the 19,000 recipients were probably men their peers recognized as having distinguished themselves during the War. There can be little doubt that anyone wearing the medal under false pretenses would have been condemned by Southern society. Moreover, nobody can have even a shadow of doubt that any blacks wearing the medal without having earned the right would have been condemned even more harshly during the Jim Crow era in which they lived.

Unfortunately, C. W. Roden’s  work is further proof—if such is needed—of overwhelming anti-Confederate bias in the academic community. This kind of analysis should have originated in the academic press. Instead modern academics focus on research that increasingly portrays Confederate heritage as exclusively racist in order to support their fellow historian-activists intent on destroying Confederate statues and hiding Rebel symbols.

As a Southern-born man and Confederate descendant born I am proud to be counted among those who share that unique pride in our common Confederate ancestry, my Southern brothers and sisters who share that same honorable and unique heritage that make us all children of Dixie. It is that Southern heritage that binds us beyond social class, religious creed, and yes, especially skin color.

For me there is no difference between a Southern-born African-American like Private Henry “Dad” Brown who served as a drummer, or a 19 year old Southerner of Anglo-Celtic descent like Sergeant Richard Kirkland, or a large plantation owner and Confederate general like Wade Hampton III — or for that matter my own Confederate ancestor, an Alabama farmer who fell in battle at Chickamauga during the course of the War. All of them wore the same uniform, fought under the same Confederate battle flag (or some variation of it), and all of them were defenders of Southern independence. None of them are worth any more, or any less than the other in my eyes; and neither are those proud descendants of any of those same Confederate veterans.

During the course of defending our shared Southern-Confederate historical heritage, it has been my deep personal honor to meet with descendants of many Confederate Veterans of color (a few of them Real Daughters and Real Grandsons) who’d actually known their ancestor personally. As a student of history I have listened to the amazing personal stories of their Confederate ancestors with great interest. I have also found many of these people to be outstanding folks and treated with the highest respect by other proud Confederate descendants.

Like other stories of African-American courage and excellence in American history, these particular Confederate Veterans — these American Veterans — have been overlooked by the wider American public, and the largely whitewashed general American historical record for far too long.

Thankfully, in the decades following the American Civil Rights Movement, efforts to tell the full account of African-American roles in the forging of our overall American national identity have advanced considerably. As a member of Generation X growing up in the 1980s and 1990s, and a student of history, I’ve also been privileged to learn about much of that history — the good and the bad — as it came to light; especially those stories of Confederate Veterans of color, among other amazing personal stories of black excellence in Southern and American history.

It is because of this profound respect for Southern and American history and our shared Confederate heritage that I hold a particular disdain and personal moral disgust for those white supremacists and self-proclaimed Social Justice Warriors who mock the service of these veterans through the thinly-veiled form of regressive bigotry known as Black Confederate Denial.