(December 28, 2016) As I continue through Dr. Eric Foner’s Civil War lectures I discovered that the professor admits he doesn’t know how to explain why few Northerners were willing to avoid Civil War by letting the Southern states secede peaceably. After noting that the abolitionist publisher of The New York Tribune, Horace Greeley, opined that the erring sisters should be permitted to leave in peace, Foner says:

Why not just let them go? Good question! You can adduce answers [such as] The American Mission, Unionism, Nationalism. Very few people in the North said, “Let them go.” Why? [To answer that] requires us to do what no historian has ever successfully done.

Foner’s inability to understand why Northerners were unwilling to let the South secede reflects his gigantic blind spot. He is unable to see the obvious: Northern motivations to “save” the Union lie in economic self-interest, not altruistic abolitionism. In short, Foner is unable to change perspective from North to South even though mere children realize that perspective changes everything. This is an all too common fault among many modern academic historians but the greater evil is their censorship of contrary viewpoints. 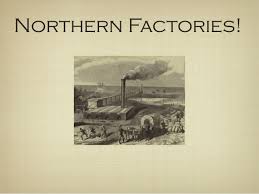 First, Southern cotton alone accounted for about sixty percent of all United States exports and all Southern exports represented about seventy percent of the country’s total. A truncated federal union composed solely of Northern states could not hope to maintain a favorable international balance of payments thereby causing a steady drain on the nation’s gold reserves.

The situation would be even worse if the Northern states tried to match the Confederacy’s anticipated low tariffs. Ten days before South Carolina led the cotton states into secession on December 20, 1860, the Chicago Daily Times editorialized on the calamities of disunion:

In one single blow our foreign commerce must be reduced to less than one-half what it now is. Our coastwise trade would pass into other hands. One-half of our shipping would be idle. . . We should lose our trade with the South, with all its immense profits. Our manufactories would be in utter ruins . . . If [our protective tariff] be wholly withdrawn from our labor. . . it could not compete with the labor of Europe. We should be driven from the market and millions of our people would be compelled to go out of employment.

Second, if the Confederacy were to survive as a separate country its import tariffs would certainly have been much lower than those of the Federal union. President Jefferson Davis announced in his inaugural address, “Our policy is peace, and the freest trade our necessities will permit. It is…[in] our interest, [and those of our trading partners] that there should be the fewest practicable restrictions upon interchange of commodities.” Low Confederate tariffs would create two problems for the abridged Federal union:

Thus, after the opening shots at Fort Sumter the Northern states chose to fight to “preserve the Union” because they wanted to avoid the anticipated economic consequences of disunion—not because they had a mystical love for a Union with a people they hated and ridiculed. In January 1861 The Philadelphia Press editorialized, “It is the enforcement of the revenue laws, not the coercion of the state [South Carolina] that is the question of the hour. If those laws cannot be enforced, the Union is clearly gone.” In When in the Course of Human Events author Charles Adams reasons:

If trade were to shift to the Southern ports because of a free trade zone, or extremely low duties relative to the North, then [the] great cities [of the Northeast] would go into decline and suffer economic disaster. The image painted by these editorials [from newspapers of Northeastern cities] is one of massive unemployment, the closing of factories and businesses, followed by unrest, riots, and possibly revolution. The inland cities of the North would also go into decline, like Pittsburgh, where duty-free British steel and iron products would cripple the American steel industry.

Foner’s obsessive depiction of Southern immorality regarding slavery deludes him into believing that Northern war motivations could be nothing less than noble.